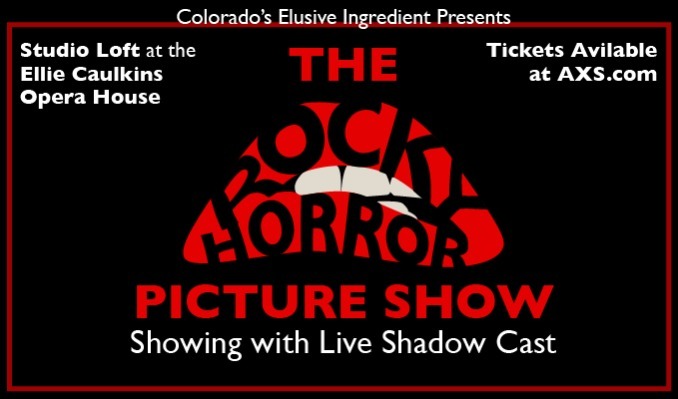 Join Colorado Elusive Ingredient for a night of absolute pleasure with an interactive shadow cast performance of The Rocky Horror Picture Show. In this cult classic story, sweethearts Brad and Janet happen upon an eerie castle after their car breaks down during a rainstorm. The castle is home to the diabolical mad scientist, Dr. Frank-N-Furter, and his gang of henchmen. Once inside, Brad and Janet are swept in a whirlwind of dancing, rock ‘n roll, sex, and the creation of life itself.

This is an audience participation movie where viewers are encouraged to yell callbacks, dance, and sing along throughout the film. Throw bags will be available for purchase before the start of the show, which will include all of the Rocky Horror classic essentials.

So, come up to the lab and see what’s on the slab.