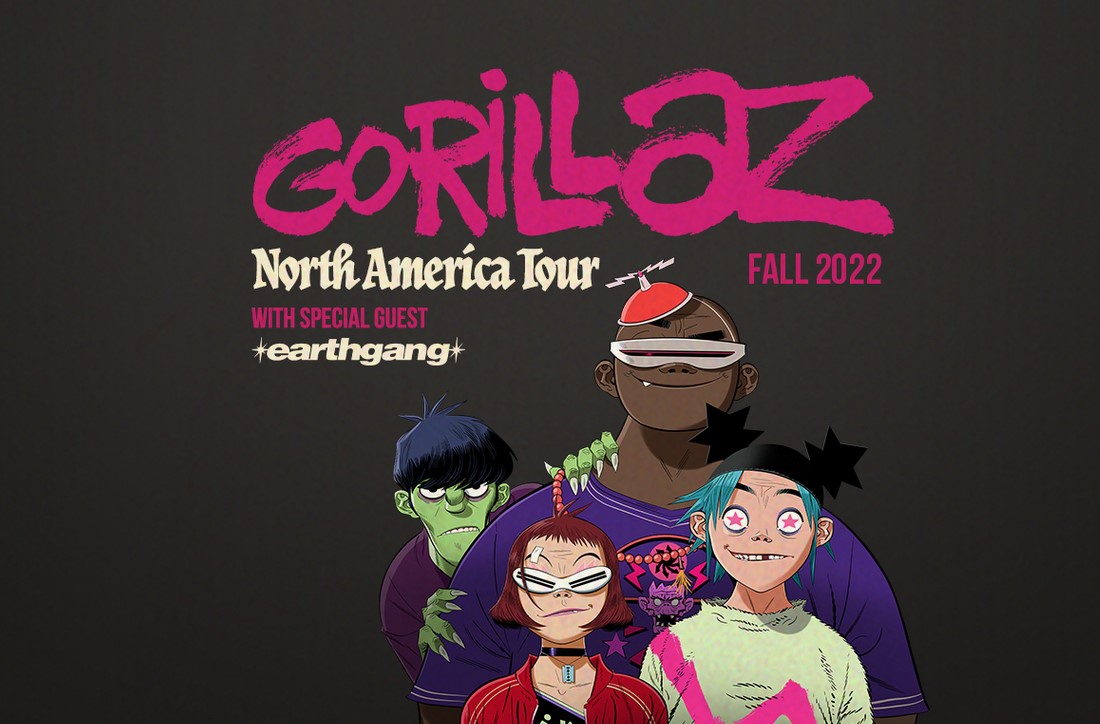 Gorillaz are once again disrupting the paradigm and breaking convention in their round the back door fashion with Song Machine, the newest

Gorillaz are once again disrupting the paradigm and breaking convention in their round the back door fashion with Song Machine, the newest concept from one of the most inventive bands around. Song Machine – the cartoon music contraption which spits out brand new episodes fresh from the studio, as and when they happen – will see Gorillaz joined by an exciting and ever-evolving roster of as yet unannounced collaborators captured live in Kong Studios alongside the world’s most successful virtual band*. The cameras are rolling 24/7, the fourth wall is broken, the kettle is on, the chaos is real, the door is open… What’s coming next? Stay tuned.

* The band are recognised by The Guinness Book Of World Records as the planet’s Most Successful Virtual Act.

Ball Arena1000 Chopper CirBall Arena is a multi-purpose arena located in Denver, Colorado. It is situated at Speer Boulevard, a main thoroughfare in downtown Denver, and is served by two nearby exits off Interstate 25. A light rail station is on the western side of the complex.